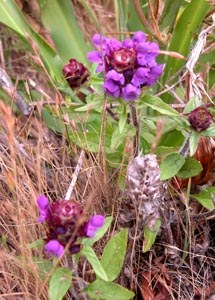 Cascade field is the best example of native coastal terrace prairie and associated wildflowers along the San Mateo Coast. Eight people joined California Native Plant Society member Toni Corelli (This email address is being protected from spambots. You need JavaScript enabled to view it.) and State Park volunteer Avis Boutell on the May 6, 2014 walk along the Atkinson Bluff Trail at Cascade Field. 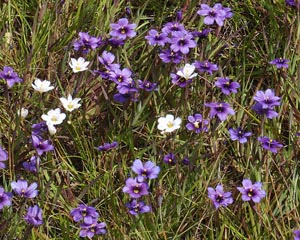 In the past the prairie was managed through fire by the Native Americans to bring grazing animals into the area and enhance desired plants that produce seeds that were gathered for food. Coastal prairies require some sort of disturbance regime to sustain them--either by grazing or fire--or bushes will grow and the prairie will turn into coastal scrubland.

About 20 years ago, State Parks decided to burn Cascade Field because it was being taken over by gorse, a spiny, invasive weed from Europe, with seeds that can last 50 to 100 years. The fire eliminated the gorse plants and also caused the dormant gorse seeds to germinate so the young plants could be removed as well. 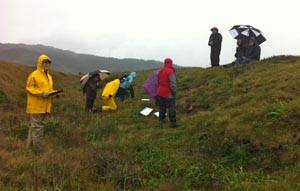 The burning brought about positive changes to Cascade Field. It removed some shrubs and encouraged desirable native plants. Because of this, State Parks has continued to burn the field every other year in the fall after the first heavy rain. Native perennial bunch grasses and diverse species of wildflowers now flourish at Cascade Field under State Park management. 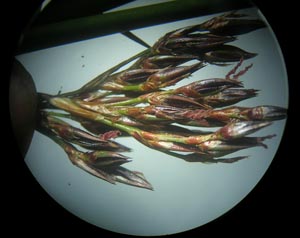 Other photos from previous outings at Cascade Field are posted by Toni Corelli and Avis Boutell. 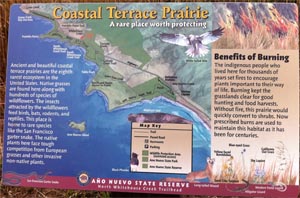